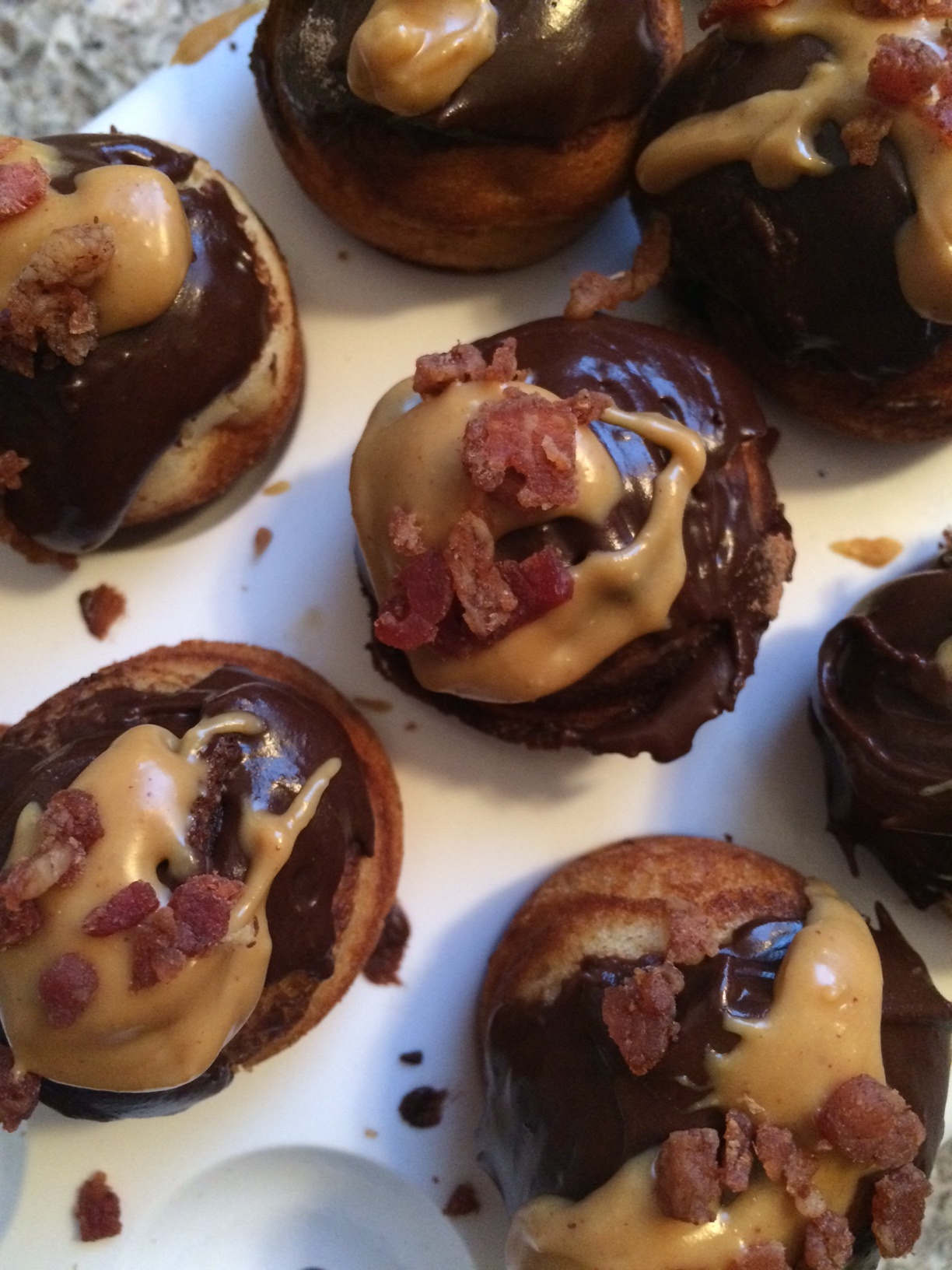 Well, the new year is certainly off to a running start! How are we halfway through the month already? I’m happy to report that I have been sticking to my New Year’s goals (I know, I know, it hasn’t even been a month!) by not only making it the year of organization, but by baking more. This past weekend, I made something a.ma.zing! Elvis donuts! Yummmmmm! I have always been a fan of peanut butter and bacon, peanut butter and banana, and peanut butter and raisin sandwiches. People usually make a gross face when I say I love PB&B sandwiches but it really is so good. These little donut holes are inspired by Elvis’s favorite sandwich, peanut butter, bacon and banana. Now that’s a man after my own heart! I found a recipe for them here, and while I used the chocolate glaze recipe,  I decided to do my own easy version for the donut batter. 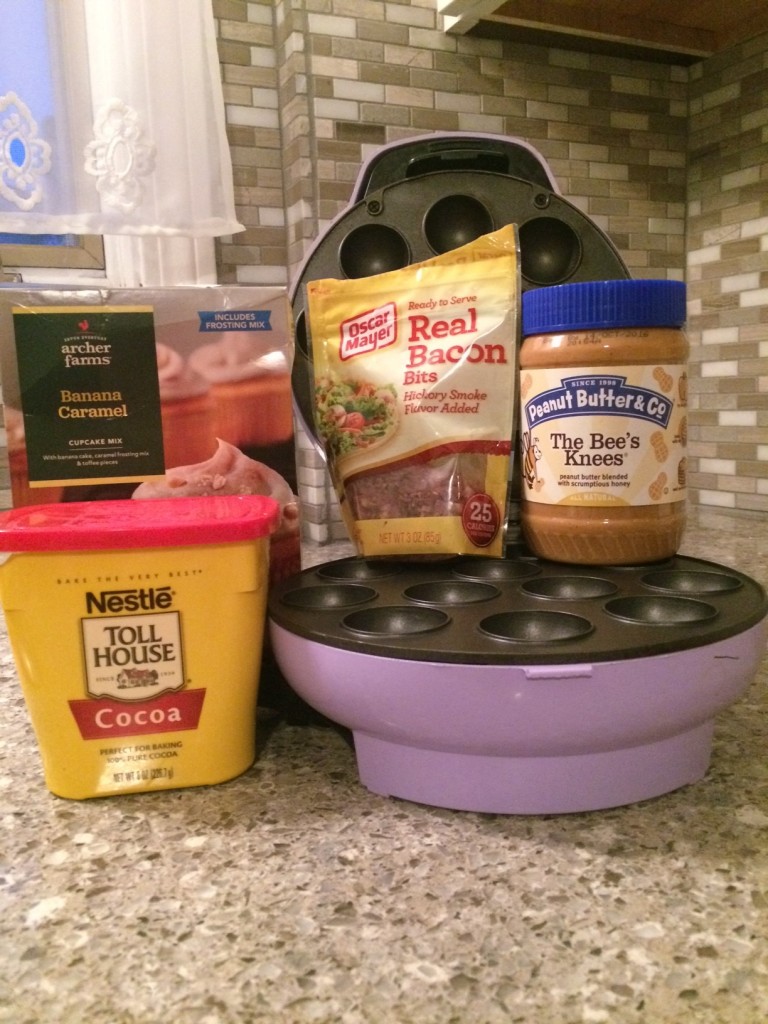 I prepared the banana cake mix according to the instructions on the box. I then filled each hole in my cake pop maker with the batter. The great thing about the cake pop maker is you get 1 dozen perfectly round cake balls in about 5 minutes. A box of mix should yield 3 dozen. While the first batch was cooking, I made the chocolate glaze according to these instructions.

Once the cake balls had cooled slightly, I dipped them in the chocolate glaze. Next, I melted a couple tablespoons of peanut butter in the microwave at 30 second intervals. I then dipped a fork in the melted PB and shook it over the top of the donuts. While the PB was still nice and melted, I sprinkled a few pieces of the bacon on top. This was much easier than cooking up bacon and my house only smelled of lovely banana cake and not greasy bacon. 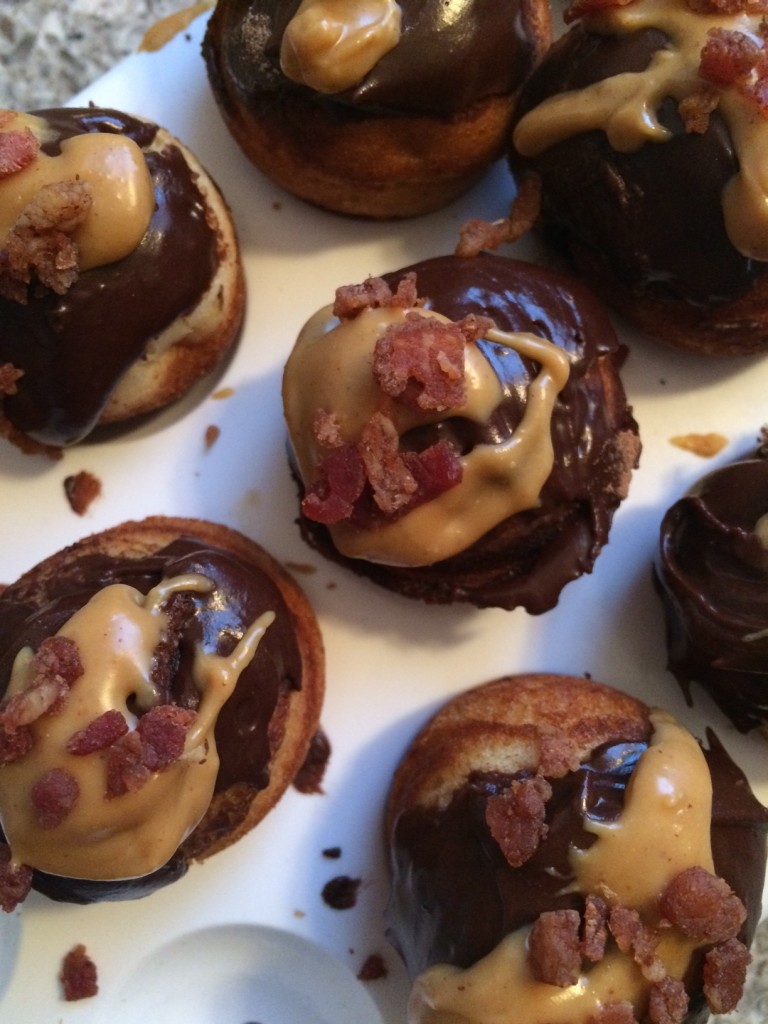 After that was done, I popped them in the fridge for a bit to firm up the glaze and PB a bit. End result? Amazingness! I was super busy multitasking while making these so I didn’t take any action shots, but the deliciousness happening in these photos make up for it, right? 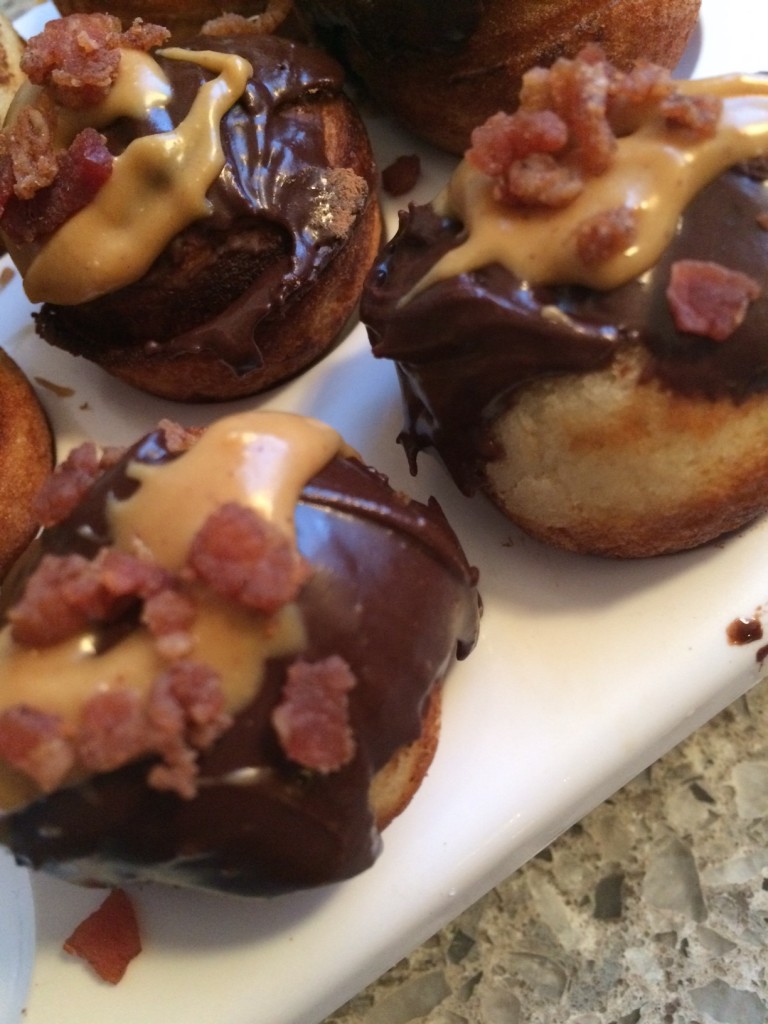