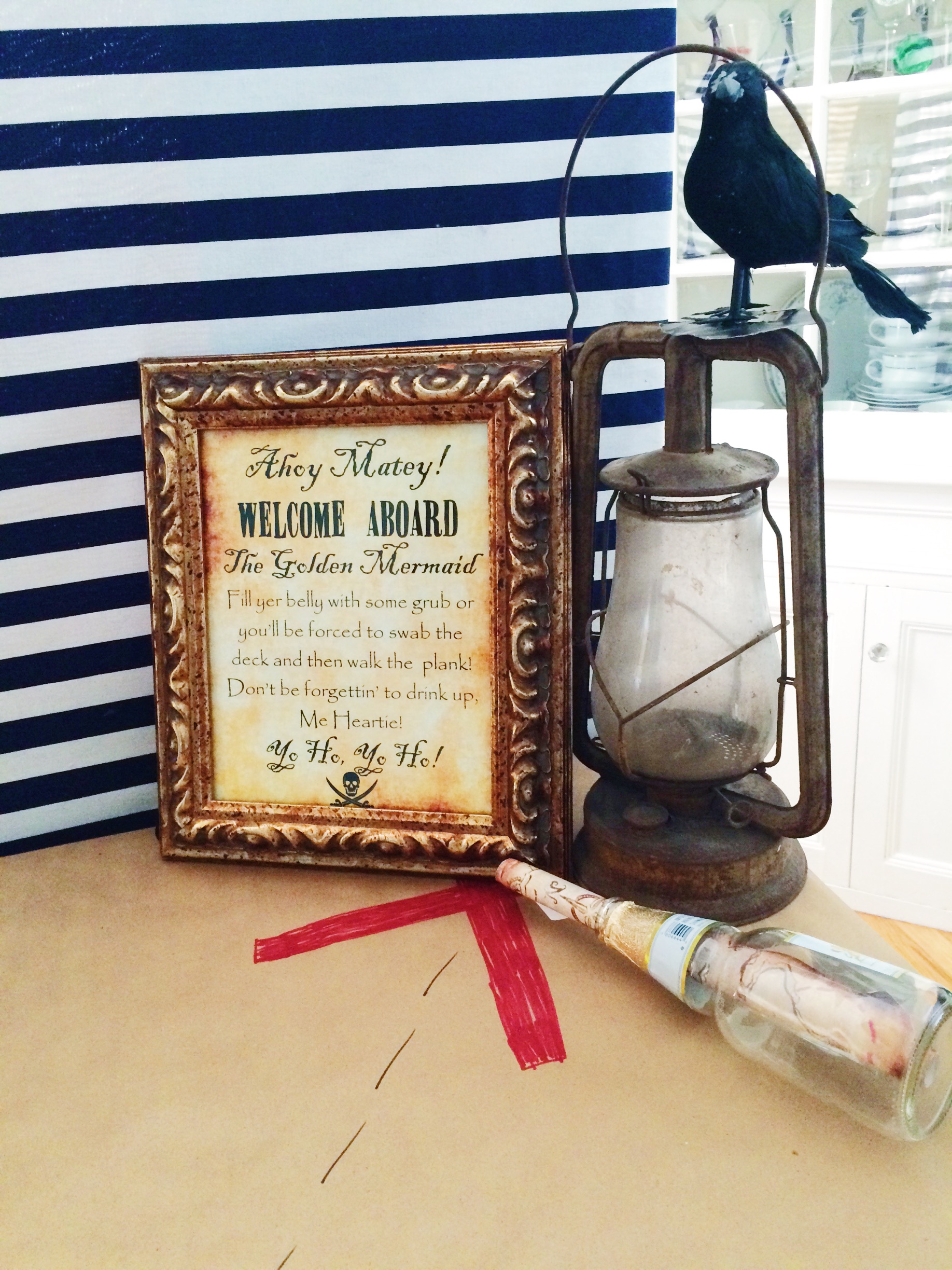 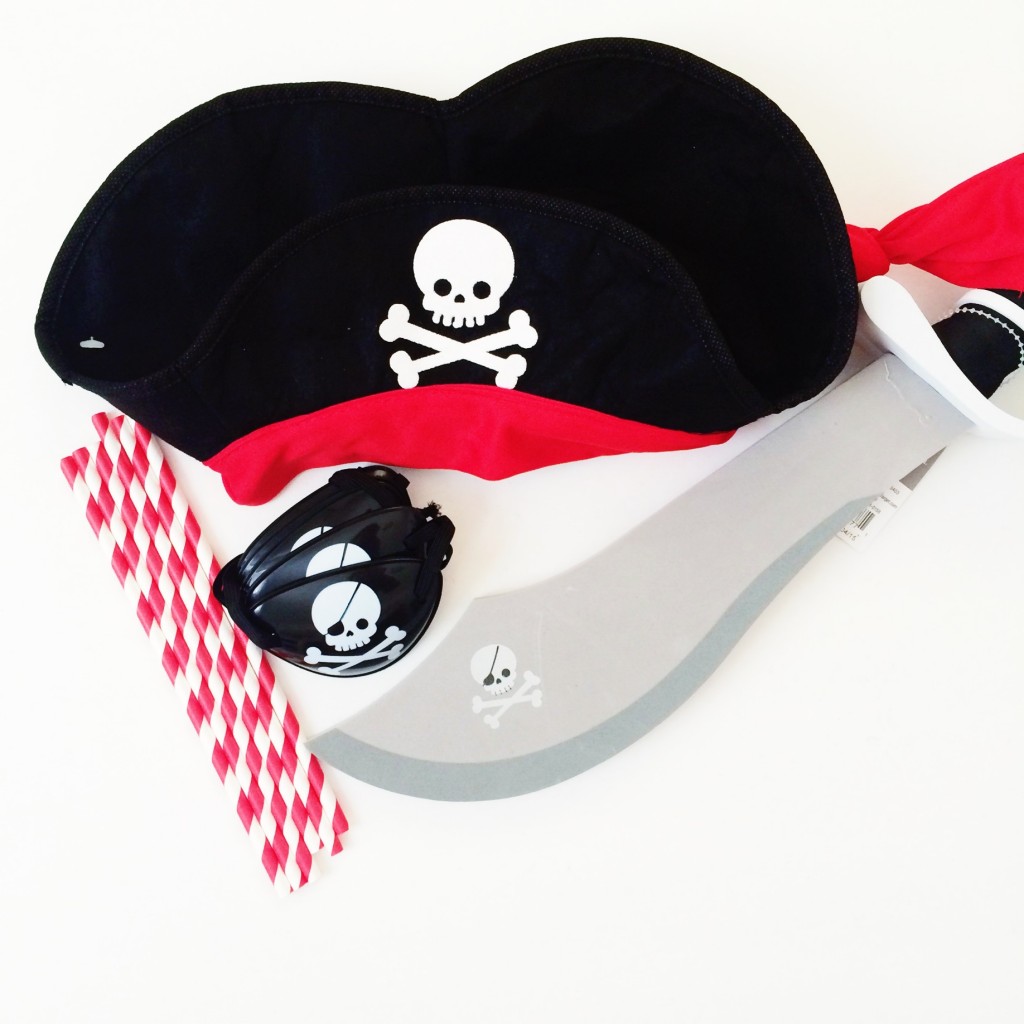 When I found out that September 19 was National Talk like a Pirate Day, a mini celebration was a must! Not that I’m huge into pirates or talking like one, but the idea was just so cute! My nephew’s 7th birthday is coming up and right after it, the whole family is heading to the Bahamas. Pretty nice birthday gift, huh? While we’re there, we plan on visiting the Pirates of Nassau museum. Ben doesn’t know about it yet so I thought it would be nice to have an early (mini) party for him and tie it in to our vacation. My goal was to do this party for under $25. I’m happy to report that I crushed that goal! Without food, the décor only cost $15! How awesome is that? Once I added in the food, I was just under budget at right around $24 total. What a win! 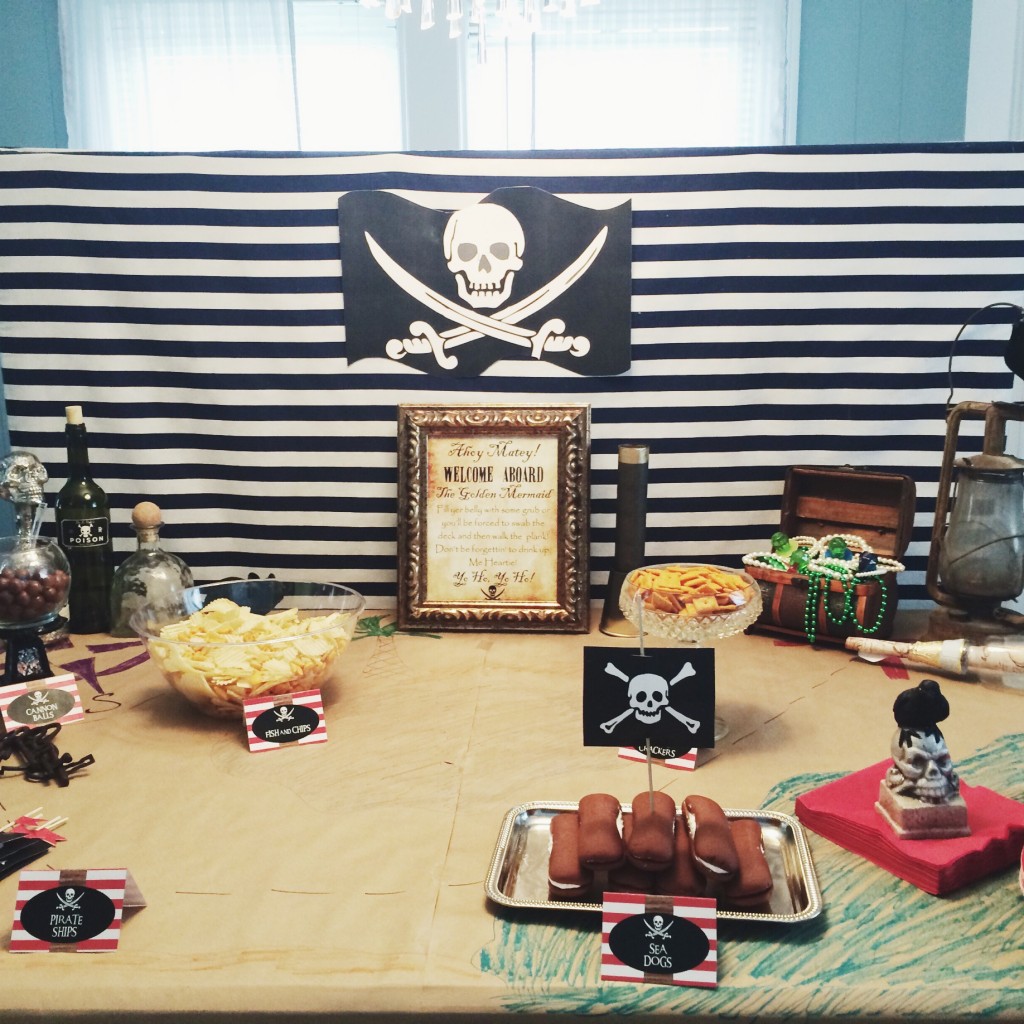 The nice thing about NTLAPD is that it’s close to Halloween so the stores are filled with all kinds of pirate related goodies. I had some big ideas but I was keeping things small so I had to tone it down. I went to my favorite place, Dollar Tree, and picked up some red plates and napkins, a roll of kraft paper and the skull and crow statue. I also grabbed a couple of bags of Whoppers to serve as “cannon balls”.  I went home and dug through my Halloween décor to see what else I could use. I pulled out the silver glitter skull, crow, and rat (all previous Dollar Tree finds) along with some old wine bottles with “poison” stickers on them and another one with a skull on top that I got at HomeGoods last year. Then I went into my seasonal décor closet and grabbed the vintage lantern and frame to put my welcome sign in. I also added the skeleton keys which were a gift from my aunt when we visited the Tower of London. A few days earlier, I’d gone to Target for a few things and surprise, surprise, left with a lot more (I know everyone reading this is nodding their heads in agreement!). The Dollar Spot had a bunch of summer stuff on clearance and I grabbed a couple of packs for red and white striped straws for 30 cents each! After I spent half my paycheck in that aisle, I headed over to their party aisle. I love their Spritz products. I grabbed a pirate hat for ben, a foam sword and a pack of eye patches. Then I brought that home and shared a sneak peek of the party on Instagram.

Prior to my shopping, I’d created a bunch of printables for the party. I love printables – they can make the whole event come together. I made some 7” round plate inserts that I just cut and taped inside. Next I made the welcome sign full of fun pirate jargon. I also made the food signs and water bottle labels and printed a treasure map and a pirate flag. 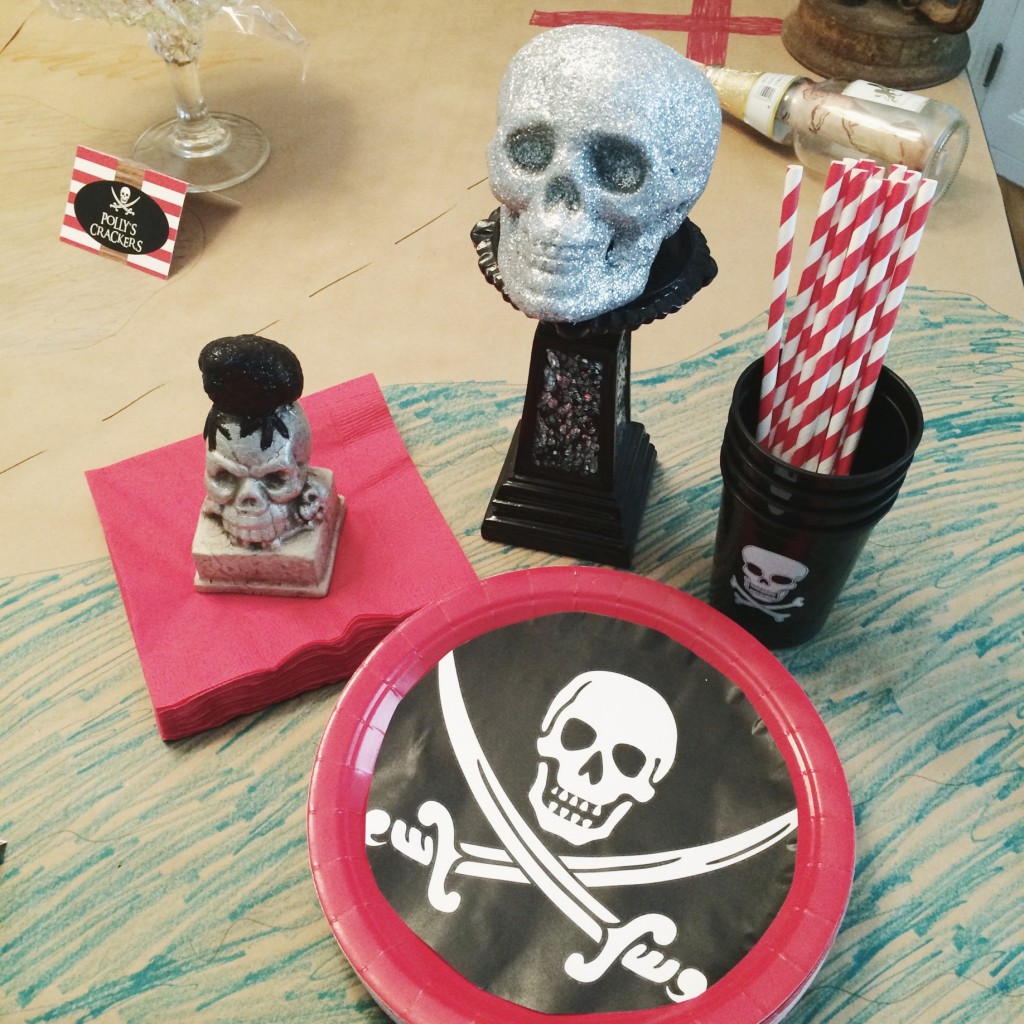 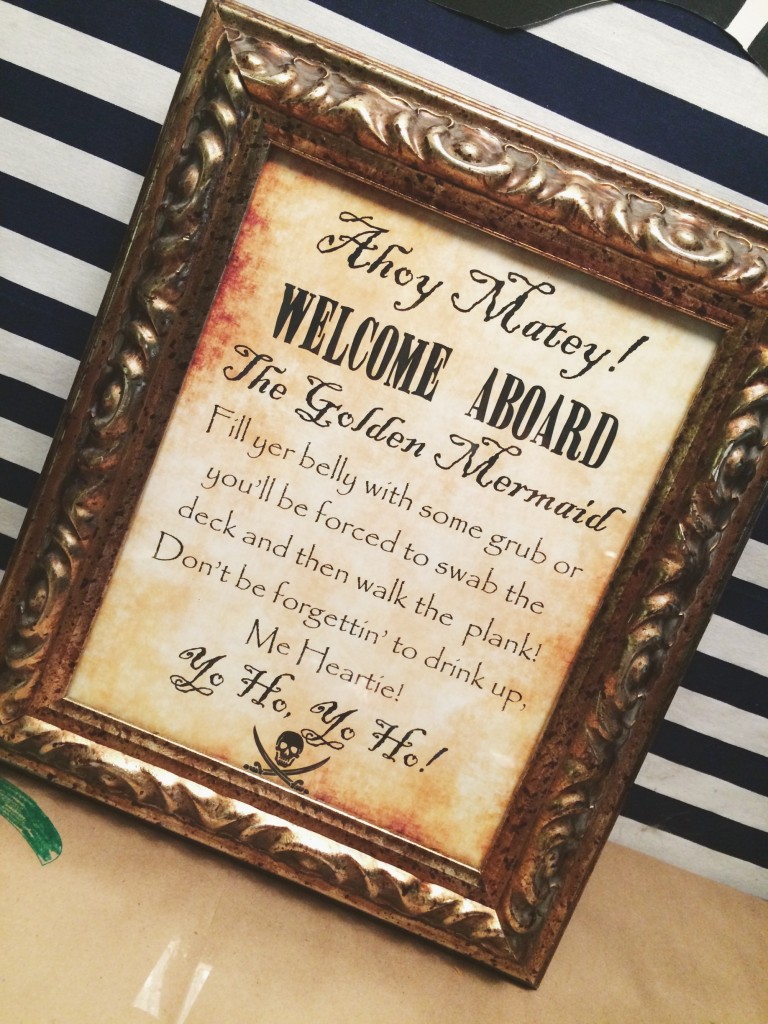 When it came time to style the table, I first laid down kraft paper to cover the table. Then I drew (badly) a treasure map across the table. It was quick, easy and made a huge difference. After that, I brought up my table backdrop from our wedding and secured it with the dining table bench. Then I attached the “flag” to it. Next, I added the décor: plates, napkins, cups (4 pack for $1 at Christmas Tree Shop!), straws, eye patches, wine bottles, a map in a bottle (my husband bought Modelo beer for the first time and I LOVED the bottles so I saved a few for the table.), lantern and even some buried treasure and a coconut! In the treasure chest I added some plastic beads and ring pops. I really wanted some of those gold foil chocolate coins but I couldn’t find them anywhere! I thought about getting some of the silver and gold Hershey’s nuggets but never got around to it. Since every pirate needs a telescope, I made one out of a paper towel roll and a paper cup. I sprayed them both with an antique bronze spray paint I had then when it was dry, I added some gold spray paint on the ends. Pretty cute! 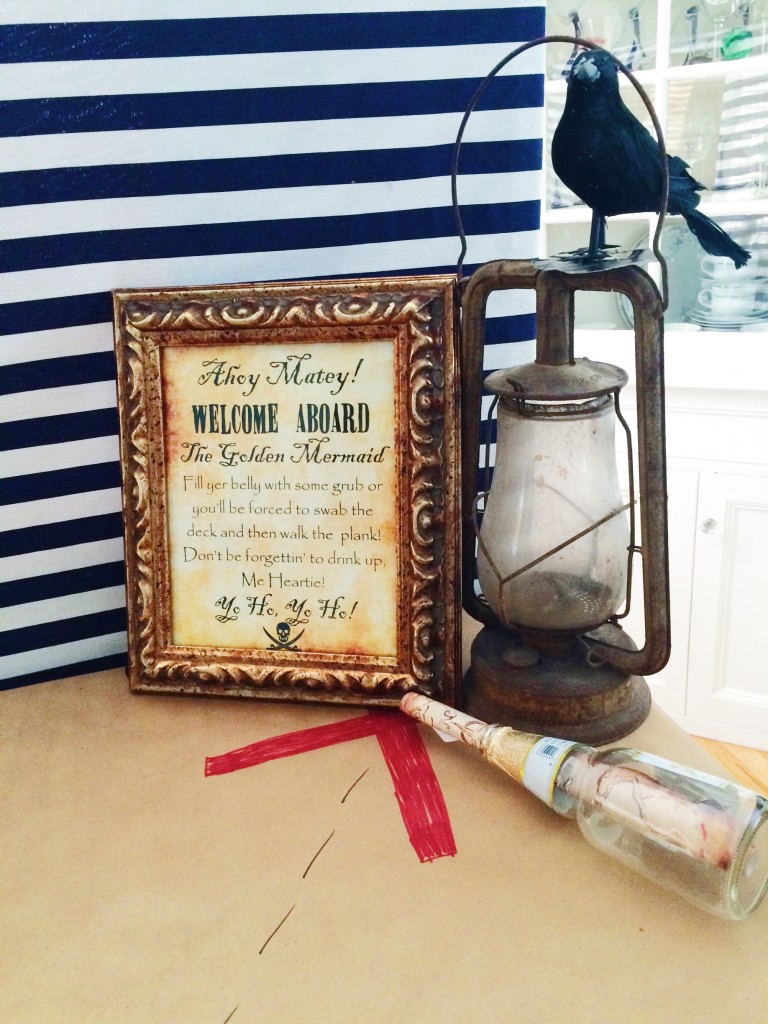 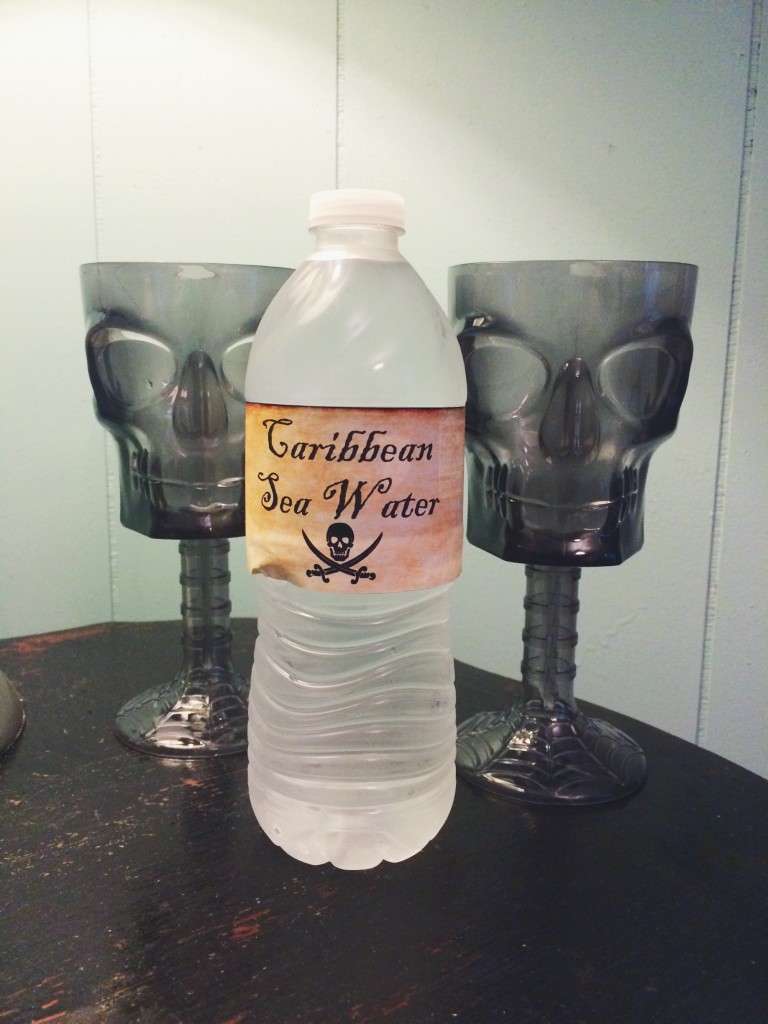 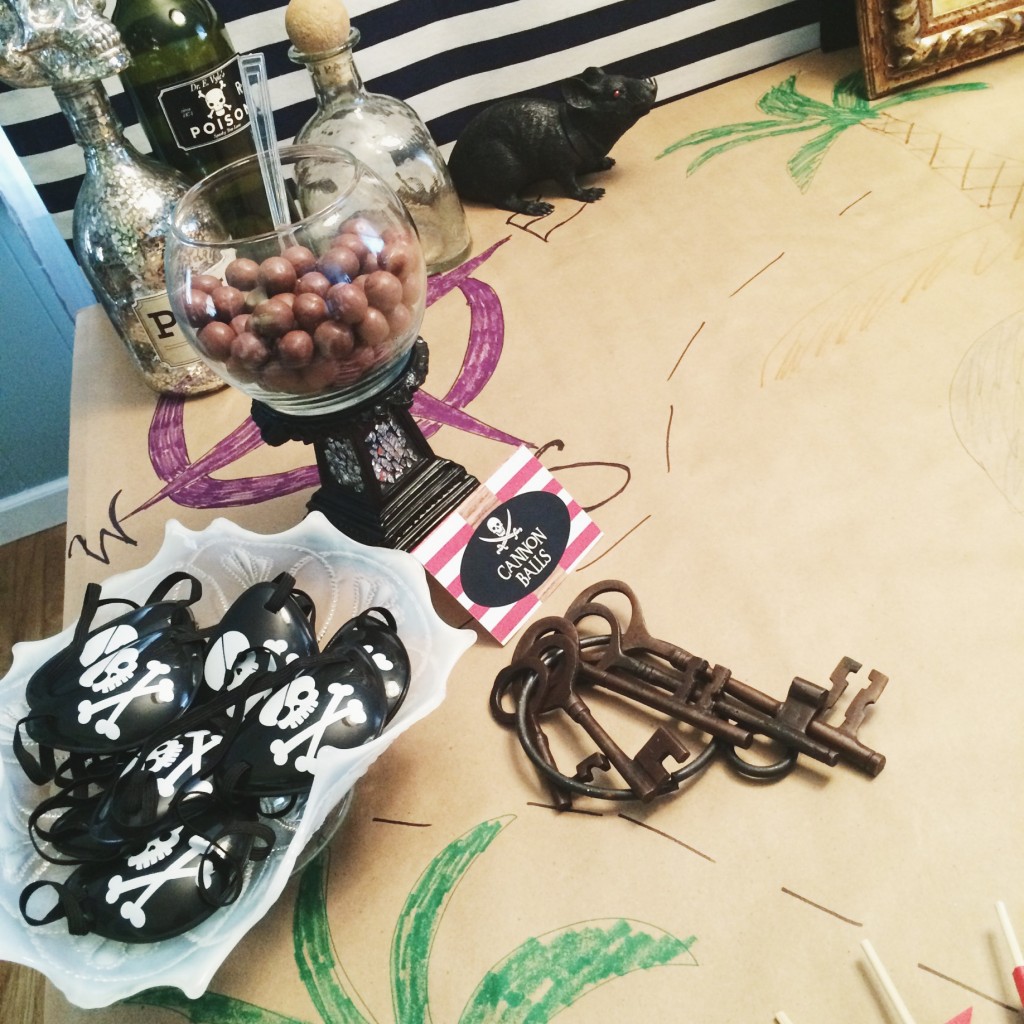 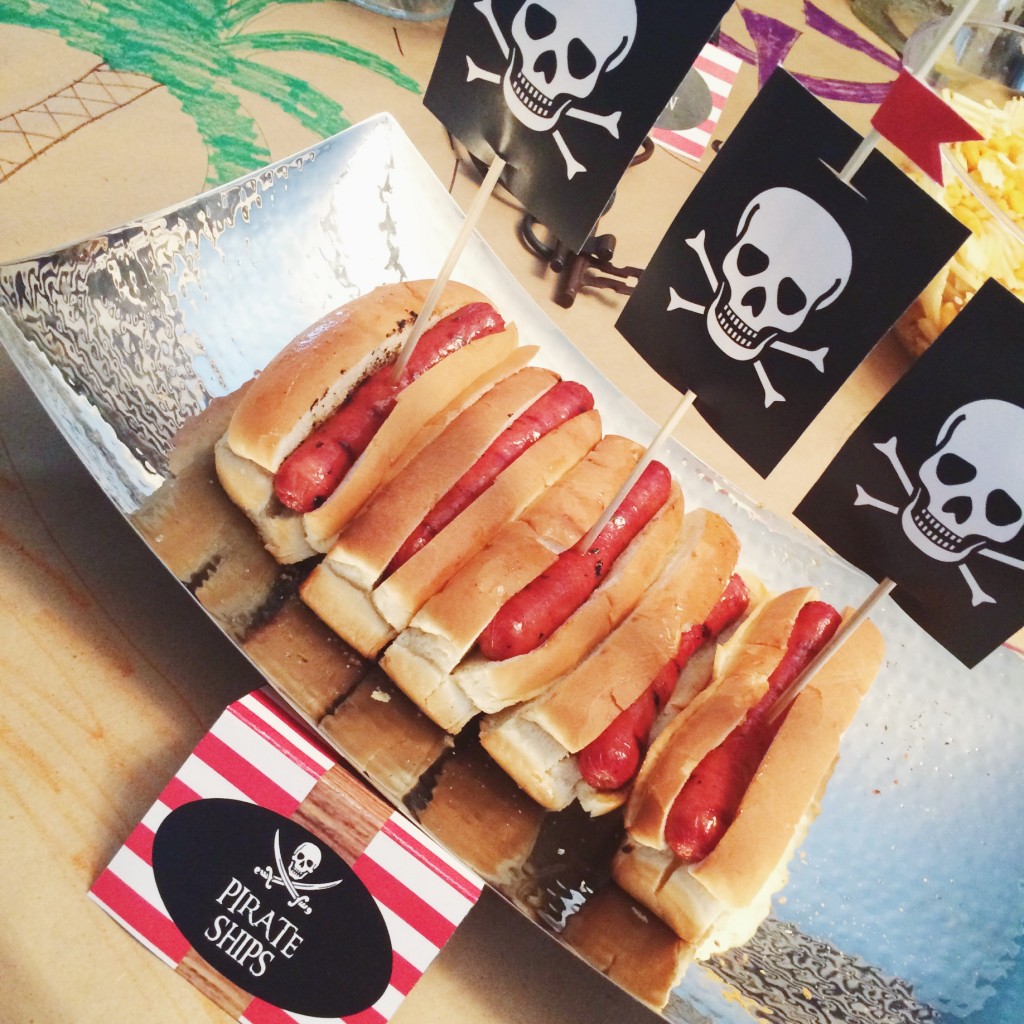 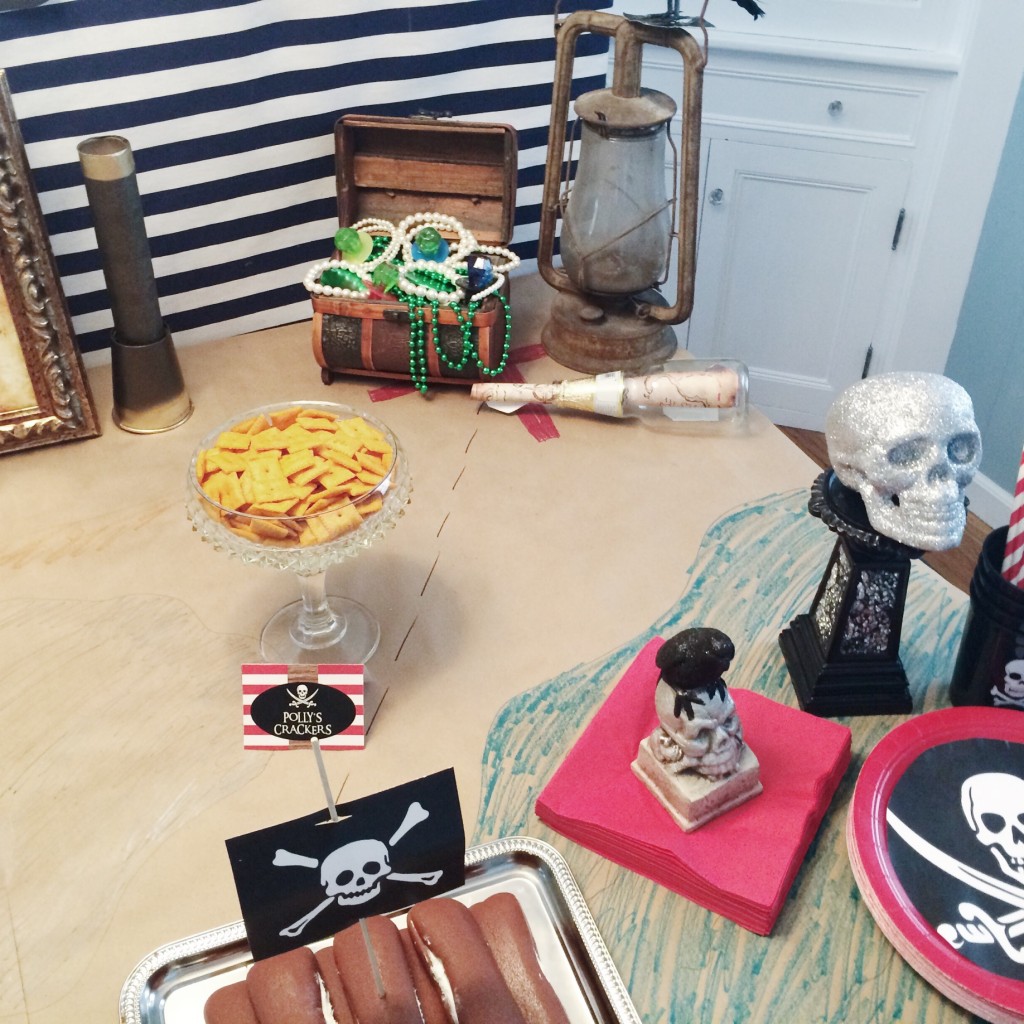 At the last minute, my sister accidentally spilled the beans! Once the jig was up, Ben decorated an old shirt Tori cut up and we completed the look when he got there with the sword, hat and eye patch. My mom, Tori and I also donned our best pirate gear with clothes straight from our closets.

Ben was so excited about his little pirate party. We had a great time hanging out, having sword fights, walking the plank and pigging out on our pirate buffet. Don’t forget to talk like a pirate this Saturday! From what I’ve seen, it looks like Krispy Kreme gave out free donuts to people who dressed and talked like pirates last year. That for me is reason enough to do it! 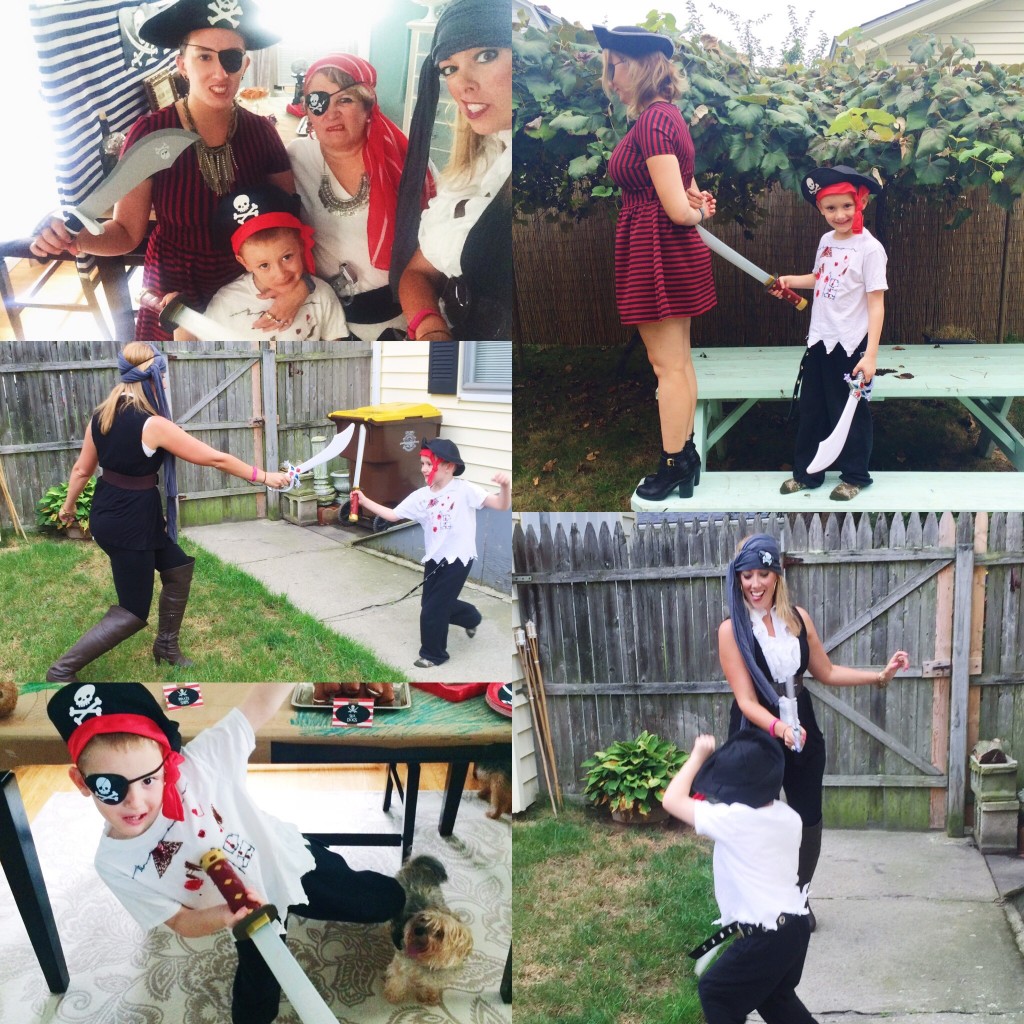 1 thought on “Styling Harvard: Talk Like a Pirate Day”